Listen to Katy Country for your chance to win TWO (2) FREE Guest List Passes to the “Dallas” Fan Parties at Southfork Ranch, presented by Visit Dallas and Southfork Ranch

-TWO Guest List passes (valued at $125.00 each), good for Friday and Saturday activities, including but not limited to the following:

DETAILS AND INFORMATION at: www.dallas40.com

Southfork Ranch, the legendary Parker, Texas ranch home to the iconic TV show, “Dallas,” has teamed up with Visit Dallas to offer a weekend of exclusive events to celebrate the 40th anniversary of the internationally famed show which originally aired April 2, 1978 on CBS.

On March 30 and 31, fans of the popular show will be treated to parties and meet-and-greets with “Dallas” stars including Patrick Duffy (Bobby Ewing), Linda Gray (Sue Ellen Ewing), Charlene Tilton (Lucy Ewing) and Steve Kanaly (Ray Krebbs). The events will take place at Southfork Ranch – home to countless Ewing family showdowns – and the Longhorn Ballroom in Downtown Dallas – the filming location for many of the series’ original bar scenes.

Tickets to the Dallas Fan Parties are $125 per person and include admission to both Friday and Saturday events. Tickets are on sale at www.dallas40.com and will also be available at the door.

VisitDallas markets Dallas as the ideal visitor and convention destination in Texas. Dallas – The

Most Texan City in Texas – celebrates its heritage in hospitality, and it’s the one city where Southern meets modern and legacy meets luxury. Dallas is the leading business city in the Southwest, offering travelers an unparalleled array of amenities and a central location with two major airports with more domestic nonstop flights than any other U.S. city. As the ninth-largest American city, and part of the fourth-largest metropolitan area in the nation, Dallas is the top visitor destination in Texas. You really can do it all in Dallas. For more information, visit www.visitdallas.com.

WATCH: Weatherman Proposes in Front of Tornado on the Ground 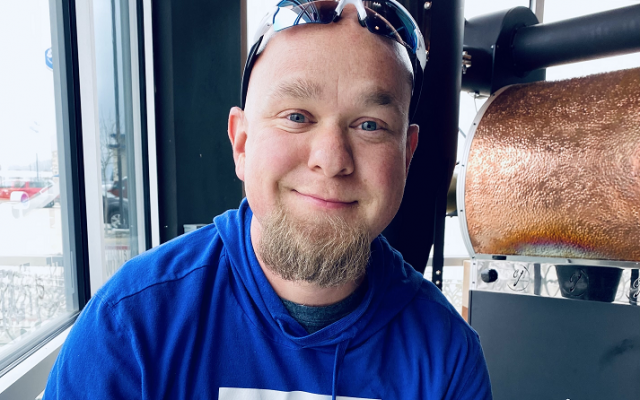 Singles Are Stamping Skin with Their Names and Social Media Handles

2 weeks ago
Connect With Us Listen To Us On